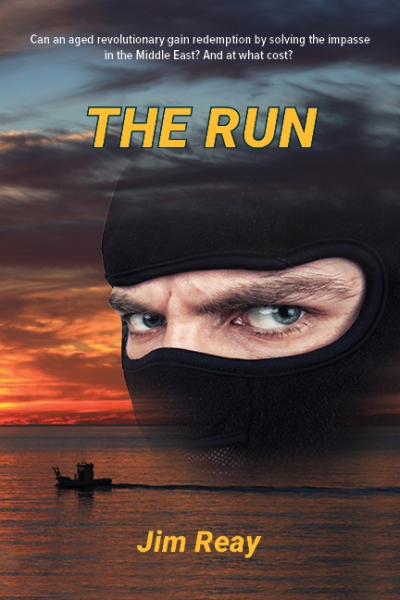 Something big is about to happen in the eastern Mediterranean; potentially a crime against humanity. It will be soon, and in many places but the target and the means are far from clear.

It is 2013. Can IIB get inside the mind of the ageing former Irish revolutionary, Padraic Hennessy, to sift through a complex fear campaign and unlock a criminal plan? For Emma, it is also personal. Hennessy’s involvement with her family goes back decades, long before her birth.

From Ireland, to Cyprus, Croatia, Lebanon, Germany and Israel, to a gripping climax near Lake Geneva in Switzerland, The Run goes inside the psyche of the revolutionary fighter … the willingness and need to kill or die for a cause.

Read the first few chapters of The Run at https://jimreaywriter.files.wordpress.com/2016/03/the-run-sample.pdf