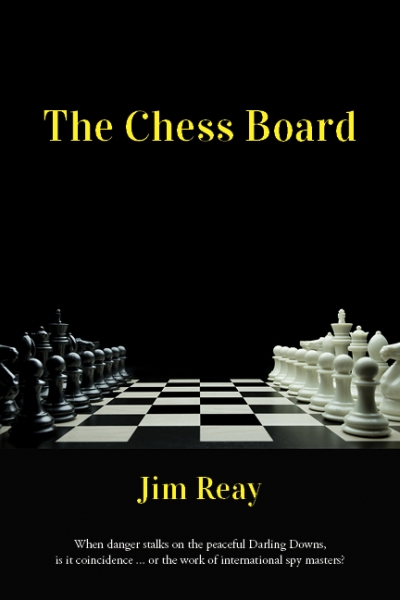 Cambridge academic, Dr Spencer Avery, arrives in Toowoomba in 2008, both to flee a strained romance in England and to bring his expertise to ‘the colonies’. His arrogant preconception is challenged by the wit and idiosyncrasies of rural Queensland. But, behind the new experiences, danger lurks.
Olga Davidenko is a retired Russian army officer, seeking redemption with the son she had abandoned decades before. International criminals are hunting her knowledge but illness is preventing her remembering.
What secrets could a Russian grandmother be hiding? Street-people and Aboriginal Elders play a major role in helping the police resolve a threatening scenario; while the academic Spencer becomes a reluctant hero, a catalyst to resolving a potential catastrophe.
But has it all been set-up? Is this strange Australian adventure unfolding just by chance? Is Spencer a passenger in an intrigue far beyond his comprehension – a pawn being moved by grand masters?
A tangled web holds the secret to an exciting adventure set in the peaceful landscape of country Queensland.

In his debut novel, The Chess Board, Jim Reay weaves strands of Australian, Russian and European history into an intriguing question of … coincidence or conspiracy? He explores social convention by contrasting the humour of unique characters with the gravity of crime, guilt and redemption. His subtle messages of tolerance and belonging will make you question your own beliefs. This is a novel that makes you think!

Find out more about Jim Reay and read samples of his novels at https://jimreaywriter.files.wordpress.com/2015/09/the-chess-board-sample-chapters.pdf