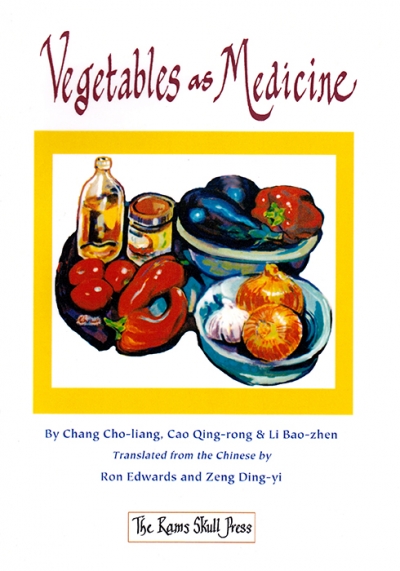 Vegetables are a safe cheap form of medication many common ailments. This book is the result of several years work by three well known Chinese experts in traditional medicine. Most of the common vegetables of the west are listed in this book as well as many plants which we do not think of as vegetables such as purslane, regarded as a common weed in our gardens but enjoyed as a vegetable in many parts of the world. This is the companion volume to Fruit as Medicine.

More in this category: « How to Cook When the Wife is Crook A time to grow »
back to top

This is the largest book on flat plaits to have been published, yet it does not cover the most common plaits! This is because they have already been covered in…
in Plaiting